Wow this season has gone fast!  We open on Sophie being very serious and overlooking the ocean and seagulls dramatically flying around.

Up first is Jarrod. I swear the main reason they have been keeping him around is to go to hometowns and see his vineyard. Sophie is talking more about how much she loves wine than how she feels about Jarrod 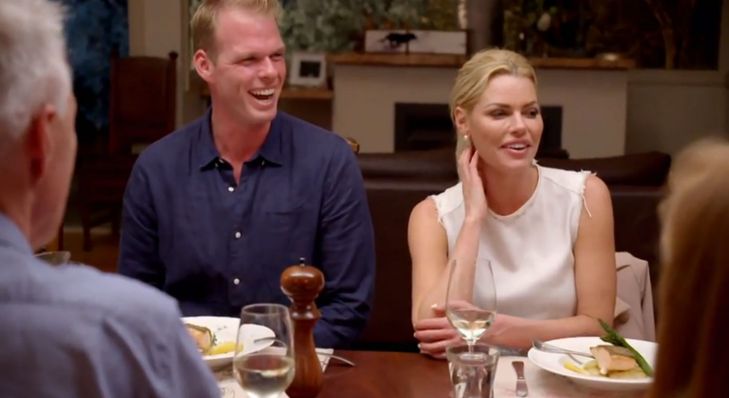 Jarrod’s mum appears standoffish and is worried Jarrod had gone to quickly with his feelings (sounds like he has done this before).  Sophie gets the questions of why she went on the Bachelorette, pretty sure everyone will ask her this at every hometown.

Jarrod’s mum takes Sophie to the wine cellar, Sophie says if she is going to die it will be the same way she lived, surrounded by wine! Preach girl! <3 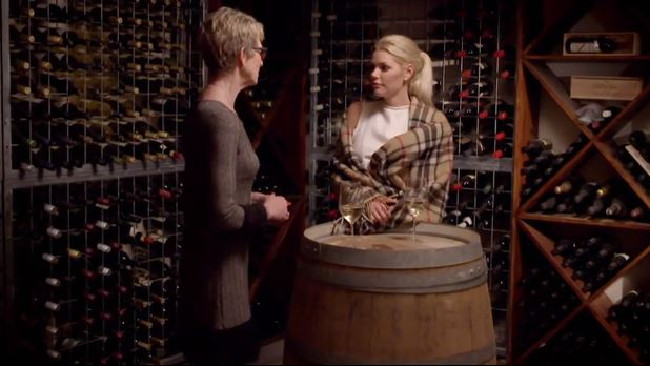 Sophie managed to impress the mum and Jarrod seems so much happier now. He takes Sophie outside. He starts getting super intense and then out of nowhere says he is in love with her!

Bro, its only been seven week! We normally wait till the final dates to say that! What are you doing to say now?  He peaked too early.

Her makeup for this date, is beautiful and natural.  With a highlight on her stunning cheek bones, if you wanted to recreate this look, I would use Mallow Rose Blush on the apples of your cheeks and Highlighter above on the cheek bones, and to finish a contouring colour under the cheek bones.

Next we have Apollo! The true hero of this season. 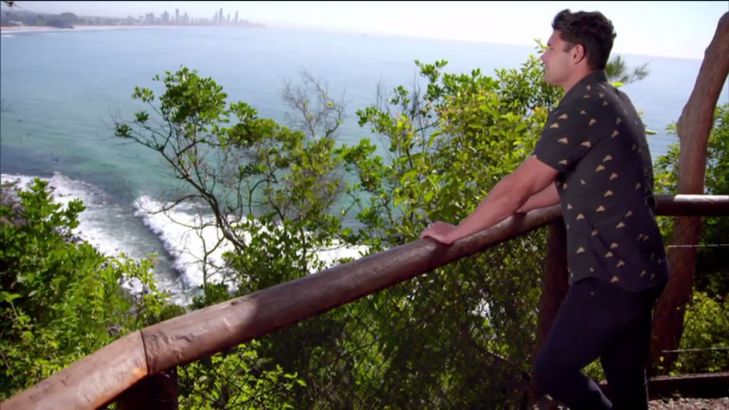 He is straight into introducing her to his family…. His animal family.  Miniature horses! This guy is too much. He is smoking hot and loves animals! It does get better; he is a horse whisper as well! AND he is wearing a shirt that has pizza on! 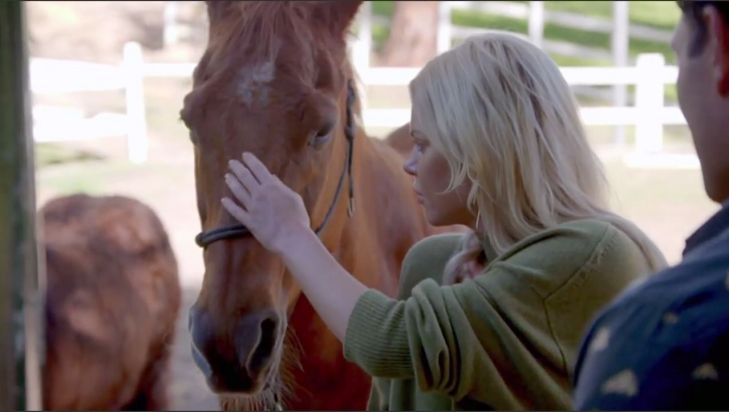 Then its time to meet the human family, their house is so pretty with such bright beautiful colours. Apollo’s family is just as bright and colourful as their house. His Grandmother who is 94 is the stand out! She is so sweet, she tells Apollo to be careful. But she likes Sophie. As Sophie puts it, Apollo’s family is tops! 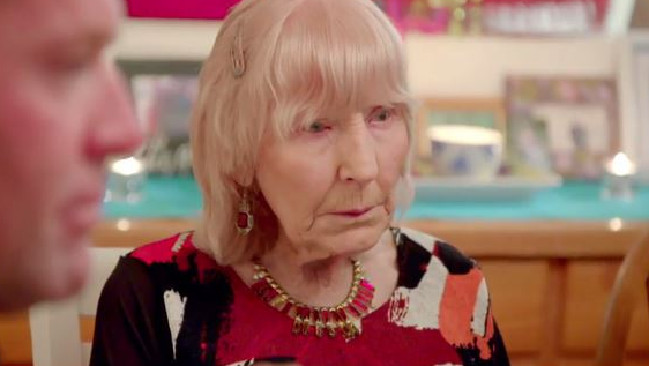 The Gold Logie should go to… Apollo’s Grandma!

Apollo takes Sophie outside and instead of doing a Jarrod (saying I love you) he goes the opposite saying “I can see this going somewhere” that’s not really enough for this point.

Her Makeup for this date is really natural and beachy, perfect for the Gold Coast. She has gone for strong brow and super simple eye makeup.

Stu Time. Back in Sydney. And Stu wants to take Sophie out on his boat. He asked her a year ago. But this time she can’t say no. His boat isn’t as big as I was expecting. 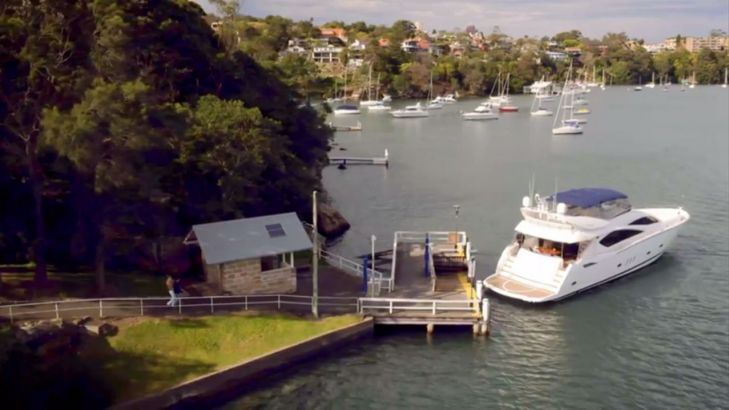 Hmmm… Looks exactly like the last boat they went on

Stu tells her, he has never been this happy. That’s a bit of a slap in the face to his Ex-wife.

Then they have seafood and champagne, over this yummy meal Stu starts talking about his sperm and the fact that he got the snip. I wouldn’t want to eat oysters after that either Soph. She is pretty shocked.

And then he just casually drops that he is still technically legally married! Um… Awkward. 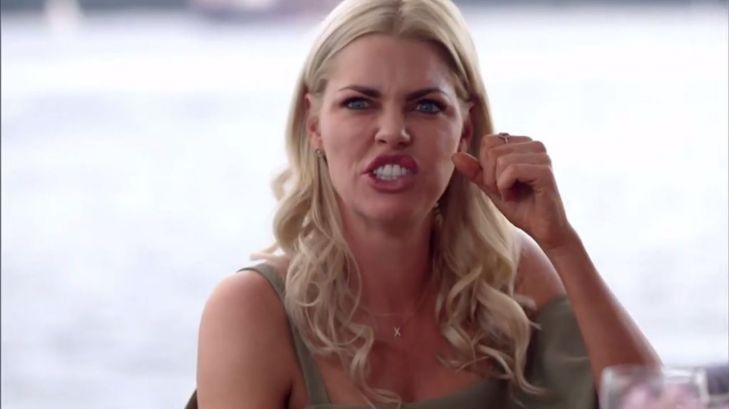 Soph is not impressed!

Her Makeup for this date was a bit heavier than the other two dates, its more evening look and goes well with her black outfit. Her black eye-liner is strong without being overwhelming.

Stu’s family seem surprisingly down to earth for millionaires. The sisters don’t seem impressed with Sophie. She even asked her if Sophie is there for money! Wow that’s a bit insulting, she is way more famous. She doesn’t need the money! And good old Sophie says exactly that! 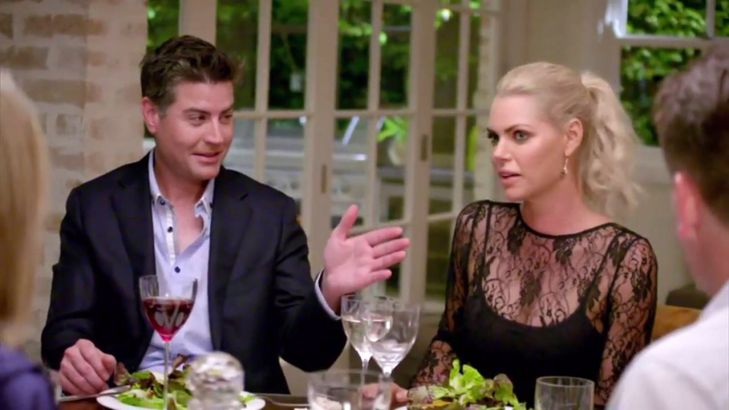 She wins them over, not surprised she has already won over Australia.

Blake’s Turn. In Perth, I thought he was a Melbourne guy. His arrogance just made me assume he was from Melbourne

He takes Sophie ice skating, and he claps and suddenly it’s snowing. Wow Blake is pulling out all the stops. And then they have hot chocolate! I don’t like anything cold and I don’t like Blake but I would love this date.

Blake’s family are just excited to meet a celebrity, not Blake’s new girlfriend. They are very intense, asking her some pretty full on questions and Blake is just not interested. Finally Sophie is seeing him for who he really is. He is so going home! 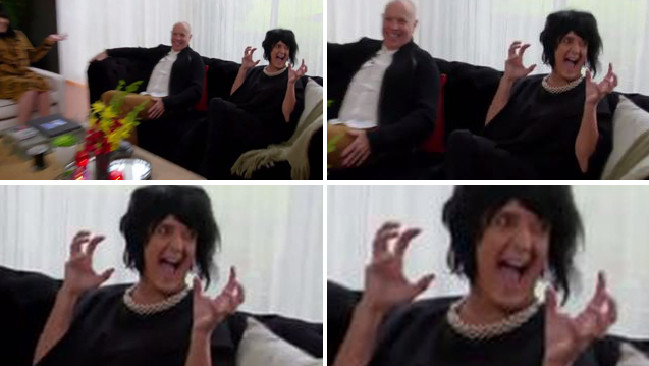 Blake’s mum’s makeup is way to intense for her face, she has very dark black eye liner that is very thick.  For her age, this really doesn’t work for her face, I would always recommend brown eyeliner over black and focus on the top of the eyes instead of underneath.

Sophie’s makeup is a bit darker again, with silver and black eyeshadow and natural lip.

We skip to the guys standing around saying how much they want to get a rose tonight and straight into the Rose Ceremony.

And its no surprise at all that Blake is sent packing.

Sophie is nice enough to take him outside to say goodbye (which she didn’t do with Jimmy) And he is so rude! He just can’t believe he hasn’t been picked.

Bye Blake! We will not miss you! Good riddance  to bad rubbish! 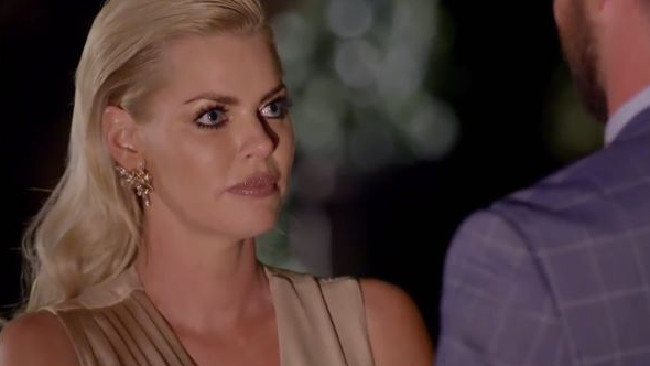 Sophie is not impressed!

Sophie’s makeup for the rose ceremony was gold eyeshadow and black eyeliner. She has gone for a brown lipstick, this is very fashionable at the moment, but with her pale skin and blonde hair it is a bit much for her and washes her out a little, but it is very on trend

If you wanted to recreate this look I would recommend Toffee Lipstick, black pencil eyeliner, and of course stunning false lashes by Sarah Jean.

Till the finale next week beauties! <3